The Tareq Rajab Museum’s metalwork collection includes over two and a half thousand objects.

Among them there are several incense burners, representing different types from different periods and regions of the Islamic world. Thurification and perfuming of the body played an important role in the history of the human race. For these functions several types of sprinklers and incense burners were invented, developed and introduced. It was and is still customary to use these at special occasions in order to sprinkle the guests with rose water upon arriving and to waive some incense at them when they depart.

From the surviving examples of Islamic incense burners that have survived and which are preserved in various museums and private collections, we can divide them into two major types. The western types, which owe their origin to Coptic and Byzantine examples, and the oriental type which were made under strong Indian, but particularly of Buddhist influence. 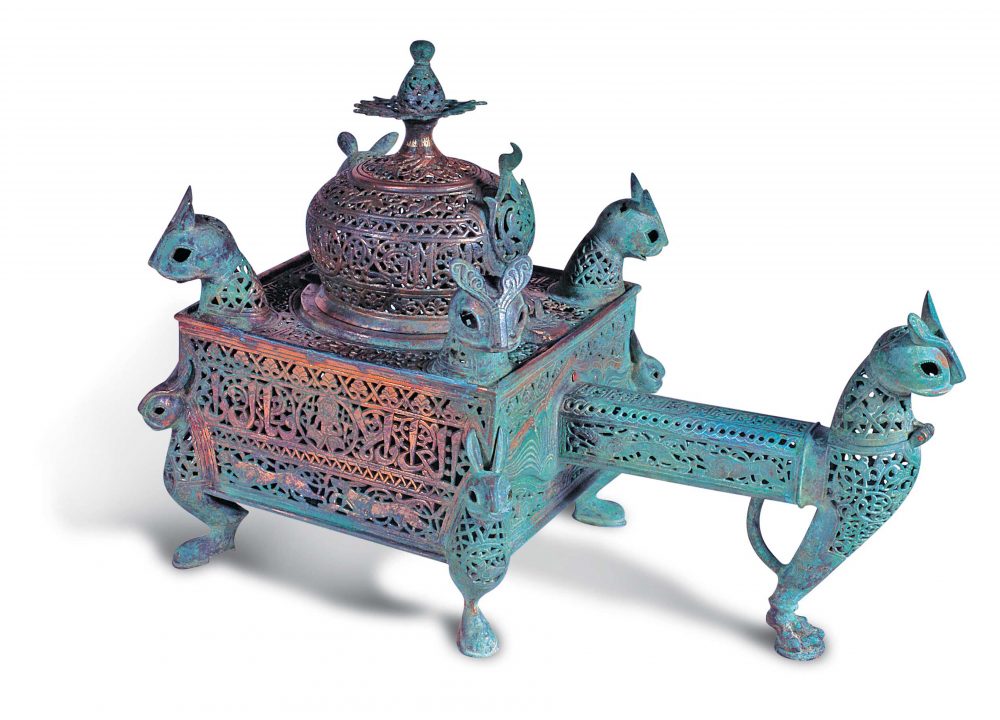 Below is a gallery of images for you to explore.

A panoramic image of the West Wing gallery W5A:

The collection can be found in the Tareq Rajab Museum.